Ever since the first diesel engine was invented by a refrigerator engineer, using the methods of compression that are found in refrigerators and diesel engines have taken over the world. We find it being used in huge trucks, particularly semi-trucks, which drive under heavy loads.

Despite that, people have found it puzzling that in the real world that the majority of the trucks in the world run on diesel engines. They find it puzzling because in many parts of the world, in particular with the United States, they associate using diesel as a fuel dangerous for the environment.

However, many do not realize the general benefits of using diesel in heavy vehicles such as semi-trucks. Hence the continued ill perception of using diesel as a fuel for trucks has evolved.

In this article, four reasons will be offered as to why semi-trucks use diesel as their preferred fuel.

Also, the history of the diesel engine, how a diesel engine works, the differences between diesel and gas, and the future of diesel as a fuel regarding renewable energies will be presented.

History of the Diesel engine. 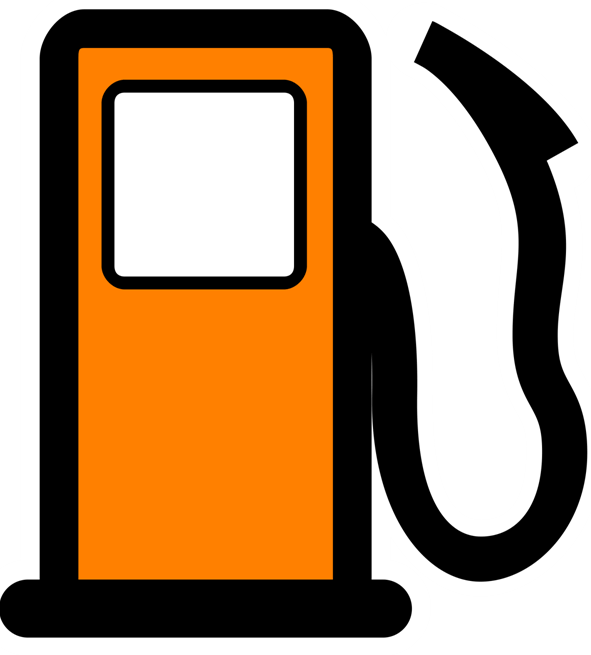 Rudolph Diesel first designed the diesel engine in the late 1890’s. At that time, the industrial revolution was in full swing. Manufacturing jobs were replacing many farming jobs and more people were moving to the cities to work.

Diesel came up with the idea while he was working with his former professor, Carl Von Linde. He later started working on his patents for his engine, which would focus more on the efficiency of the fuel used in an engine.

After Diesel passed away in 1913, the diesel engine went through significant changes in the way that the engine burned fuel. It began to be used in all sorts of vehicles such as trains, construction vehicles, and trucks.

How does a Diesel engine work?

For a person to understand why semi-trucks use diesel engines, one must know how diesel engines work. In that way, the person can form a fundamental understanding of why diesel is the preferred fuel for heavy range vehicles.

When you first start the diesel engine, you have to turn on the ignition. This is obvious, right? Well maybe for the wrong reasons.

Once the engine is heated to the optimal level, you have to press on the accelerator pedal and turn the ignition to fire up the engine. When that happens, fuel is delivered to the injector nozzles before going into the combustion cylinders.

In the injector nozzles, the fuel is pressurized into a delivery tube where it is taken to the combustion cylinders. When this happens, the fuel will meet with the combusted air, and so a chemical reaction will occur; resulting in complete combustion and therefore the diesel engine will produce power for the car to accelerate.

In terms of the diesel fuels, they come in two types – Diesel One and Diesel Two. Most diesel fuels come with a Cetane rating of 40-55. However, that should not be a problem for most diesel engines because Diesel Two is commonly used for normal driving conditions.

The most interesting part of diesel engines is that you can use any fuel to power the engines. This is because unlike gas engines, diesel engines do not require spark plugs to initiate the combustion process. As long as the fuel can be injected into the combustion cylinders under pressure to create the hot temperatures needed for complete combustion, it is possible to use other fuels. Some have experimented with using vegetable oils or even Biofuel diesel, which are a combination of diesel fuel and plant-based oils such as corn and effluent.

Where are Diesel engines mostly found?

Diesel engines are found in all kinds of machinery and vehicles. Finding diesel in normal automobiles is possible. Generators are well known to use diesel as a fuel, especially in those situations such as emergencies where a generator is required to be used for extended periods of time.

Diesel Engines can also be found in construction equipment, especially the ones where the machinery has perform a lot of heavy lifting to get the job done.

Concerning other transport, trains had used diesel engines in the past, before the trains began to be switched to more environmentally friendly methods of fuel such as electricity and bio fuels. Also, trains have been using some magnetic levitation to increase efficiency instead of using diesel.

As we have seen, it is always the equipment that does the heavy lifting and is required to be used for long periods of time, such as the diesel generator.

So why do heavy trucks, such as the semi-trucks, use diesel as their fuel of choice? Considering that trucks are required to be used for long periods of time, they could go for gas powered trucks which are environmentally friendly. These trucks would be contributing to the survival of the earth by not using diesel fuel if you listened to the militant environmentalist’s opinions.

However, what environmentalists do not understand is that there are several benefits which are related to a business’s bottom line. Especially for semi-trucks, which are required to carry heavy loads and have an obligation to be on the road for a high number of hours.

Now that a basic understanding of diesel engines, we must now move onto the reasons why semi-trucks use diesel. Here they are:

It is advantageous for semi-trucks to use diesel when carrying heavy loads. The semi-truck can accomplish more mileage with diesel as a fuel than gas simply because diesel produces more energy than gas. What this means is that the semi-truck does not require as much diesel as it would require for gas to carry the same heavy load from point a to point b.

Therefore, the semi-truck can use diesel to travel distances for more extended periods of time and also with using diesel fuel in a diesel engine, less maintenance is required than a gas powered engine.

In terms of the cost, using diesel fuel to power semi-trucks significantly reduces the costs for this type of truck and among other heavy vehicles.

The costs of using diesel are linked to the efficiency of the diesel as a fuel and also the fact that the engine that diesel is used in has low maintenance requirements. It should also be noted that fuel costs per kilowatt are thirty to fifty percent cheaper than with gas.

Take the cost of fuel, for example. Since diesel produces more energy than gas, that means that diesel as a fuel can accomplish more mileage than gas overall. That means that for the Semi-Trucks, this means that the truck driver does not need to refuel regularly with diesel.

3. Provides more torque and a better power to weight ratio.

Let’s understand something about Semi trucks – they need to carry heavy loads of goods over many terrains. Some Semi trucks are used over in mountainous regions or on flat roads for extended periods of time.

To make sure that the semi trucks can achieve that, they require engines and fuels which can produce high amounts of torque in the Semi truck. This can be found in the diesel engine and with diesel fuel for a whole number of reasons.

First, since diesel engines do not require the use of spark plugs, the pistons in the combustion cylinder have to travel further inside the cylinder to compress the air. This requires a longer crankshaft.

It is that torque which allows the diesel engine to have a higher power to weight ratio.

One of the reasons why diesel is used as a fuel for a generator is that when the generator is required to run for long periods of time, diesel engines have a longer life expectancy than gas engines. This also applies to semi trucks.

The secret lies in the heat produced by the engine. Since gas-powered engines emit more heat than diesel engines, the metal will be worn down by the heat generated by gas than by diesel. Therefore, you are more likely to see a shorter lifespan for gas engines than for the diesel engines.

What this means for the Semi-trucks overall is that the diesel engine does not need to replace as often as a gas engine. Although diesel engines are expensive to buy, the expense is justified by spending less money over time compared to the gas powered engine.

The diesel engine, along with diesel as a fuel, is a great device for Semi-trucks to use. The fuel efficiency, costs, life span and the power to weight ratio make diesel fuel and diesel engines superior to gas engines.

Although the diesel fuel emits more toxic gases than gas fuel does, it does mean that diesel engines are more productive than gasoline engines. This is ideal for companies who seek to use standard forms of transport.

4 Replies to “Why do Semi-Trucks use Diesel?”