As a professional truck driver, you have the routine responsibility to haul up to 40 tons of freight in ever-changing weather, traffic, and road conditions. The hours of service laws were developed to help keep drivers performing at their best and safest point. 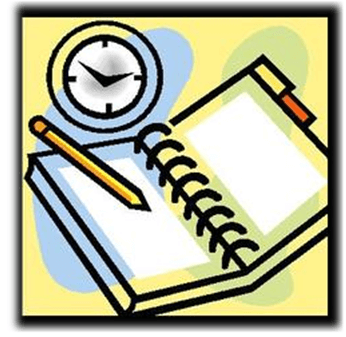 The first hours-of-service (HOS) regulations were introduced in 1938. Since then roads are better built and provide freight transporters with the mobility, accessibility, and safety they need as highway users. Between 1963- 2004, there were many proposals made to reassess regulations. These proposals were not finalized. However, during this period, the Interstate Commerce Commission was replaced by the FMSCA.

In 2005, the FMSCA removed the split sleeper berth rule. Furthermore, drivers were now required to rest for 8 hours with an additional 2 hours for off-duty time for a total of 10 off-duty hours.

Markedly, several organizations have lobbied the FMSCA to make changes on many of its HOS regulations. These groups include Parents Against Tired Truckers (PATT), American Trucking Association, and the Owner-Operator Independent Drivers Association (OOIDA)
In 2011, the Federal Motor Carrier Safety Administration announced the final ruling on HOS regulations that took effect on July 1 2013. The HOS rules include:

Perhaps the largest difference that drivers had experienced on July 1, 2013, is the 34-hour restart regulation which “must include two periods between 1:00 AM – 5:00 AM home terminal time. This provision is expected to reduce the truck driver’s work hours from 83-70 hours. As these regulations trickle through the economy, they can, unfortunately, increase the prices for products. For instance, limiting the time a driver can be on the road will cause delivery challenges and will ultimately result in increased shipper rates. Increased shipper rates mean those costs will be passed on to the end-consumer.

In effect on February 2012, violators that exceed their hours by 3+ will face maximum penalties.

New regulations were introduced on December 22, 2011, as part of FMCSA 49 CFR Part 395. These rules limit how long commercial motor vehicle operators can drive. A significant amount of scientific effort was incorporated in setting these standards.

The FMCSA analyzed fatigue research from organizations such as the National Academics and the Transportation Research Board.

The laws developed are made to decrease the number of truck fatalities and at the same time, continue the efficiency of motor carrier operations. Also, many states have established similar regulations as the FMSCA.

The majority of drivers that operate a commercial motor vehicle must obey the HOS regulations if they:

HOS regulations primarily impact commercial vehicle operators who drive more than 70 hours per week on a regular schedule. As a result, these provisions will mainly affect long-haul truckers.

The aims for the FMCSA’s December 2011 regulations were to reduce accidents caused by driver fatigue and to improve the overall health of the long-haul trucker. Its main objective is to allow the long-haul trucker to get enough rests on a regular basis. As a result, it informs CMV operators, how to stay healthy as a truck driver.

Here is a list of the main components of HOS regulations:

In conclusion, you now should know why HOS laws exist, and the proposed changes in these regulations as mentioned earlier.