Owner operator truck jobs in Alberta are about independence, profitability, and choice.

Most loads coming out of Alberta may not have very high per mile rates but the backhauls are where the profits are earned. Again, it depends on whether you lease on to a carrier or decide to operate under your own National Safety Code Certificate (NSC). For most owner operators, the best choice is to lease onto a carrier. The benefits of leasing onto a carrier are: 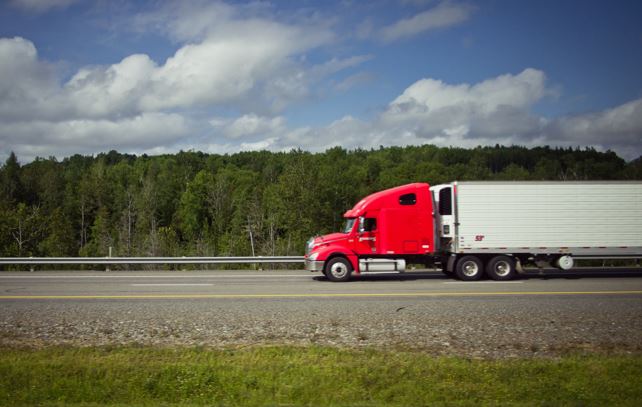 Operating under your own NSC will take away the benefits above. The only reason to operate under a separate NSC is if you’re interested in starting and managing a full-fledged trucking business. For most truck drivers with a decent mechanical aptitude, it is most profitable to operate as an independent trucker (owner operator).

Alberta runs to Saskatchewan will usually be double trailer loads meaning you’ll haul a long-chain combination vehicle. Move further east into Winnipeg and you’re beginning to enter the ice roads all the way into Ontario. Finding direct loads into Manitoba may or may not be a challenge depending on the carrier you choose to lease onto. Speak with the dispatcher of the carrier to understand what kinds of load volumes they have available for the lanes you wish to truck along.

Freight moving along the BC-Alberta corridor is usually well-paying. It is not uncommon for an owner operator truck driver to average $1.70-$1.80 per mile for a round trip with empty miles paid. Of course, it takes a certain type of skilled driver to haul freight across the mountain ranges of British Columbia (they have two- Coast and Rocky).

Furthermore, some companies have certain truck requirements, usually that have to do with diesel engine particulate filters that have been regulated through the provincial, state, and federal governments of North America over the recent years due to increasing pollution volumes. Trucks that are equipped with DPF or DEF systems are usually 2008 or newer and tend to have a better fuel mileage too. After all, the success of an owner operator comes down to his/her ability to control costs. There are many ways an owner operator can control their costs and increase their profits such as:

One other main benefit to agree to being hired for owner operator trucking jobs in Alberta is because Canadian O/O’s are classed as independent contractors under the Canada Labour Code and which means they are not obligated to have certain amount of money deducted from their payroll. In turn, this increases the amount of cash a trucker has on hand and by the end of the tax season, when it’s time to file and after GST returns, maintenance expenses, and per diem have been accounted for, owner operators maintain good profit margins. It should be emphasized that your carrier that you decide to lease on has the best interest at heart in seeing you succeed as an owner operator. After all, your success is their success.

If you’re interested in owner operator truck jobs in Alberta, you always contact us to learn more valuable information on becoming an independent trucker.