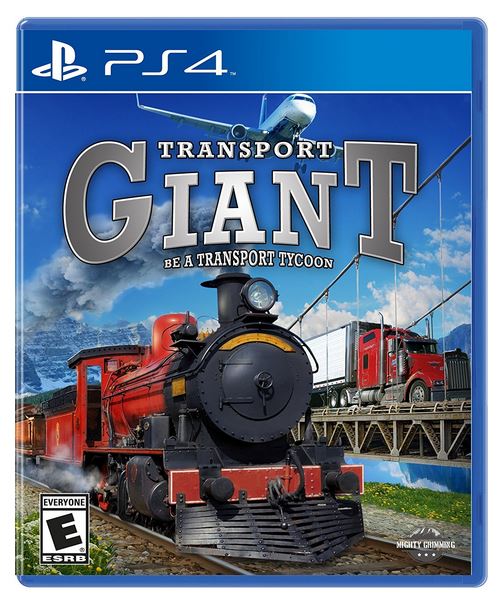 The game gives a player the option to select which era to begin their transportation company within the endless game mode. You can start your company anywhere in between 1850-2000. For this review, we chose to analyze the ability to create and manage a trucking firm with an establishment year of 2000.

There are various maps that can be selected all with real-world cities. For example, you may select to play with the map of North America or just the Great Lakes region. The Great Lakes region includes cities such as Detroit, Toronto, Grand Rapids, and Buffalo. It appears as the developers have tried to imitate the geographic landscape of the game as much as possible to its real-world counterpart. 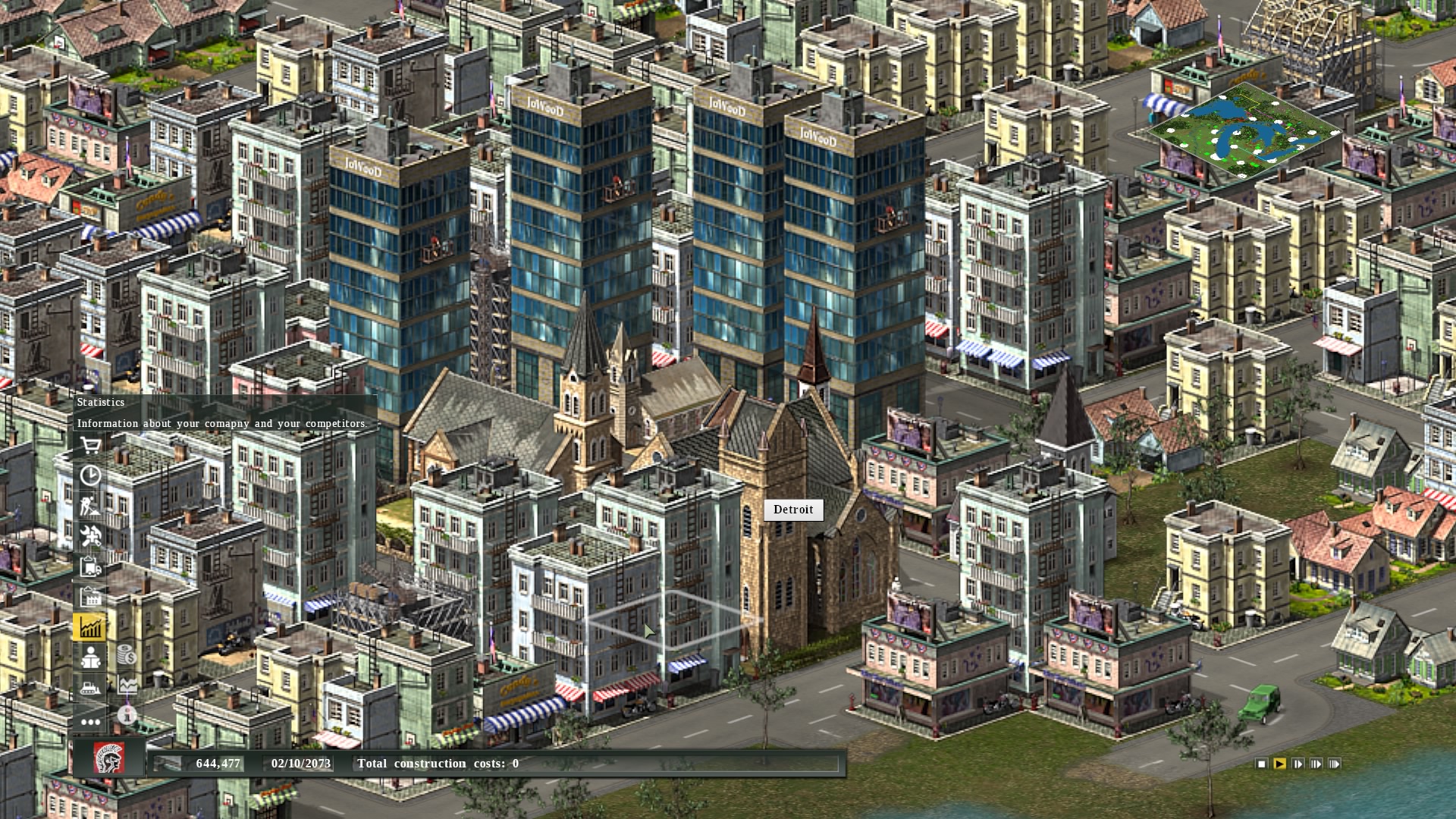 Given the player’s know-how of logistics processes, the strategy he/she deploys will influence how profitable and how far a company can be taken before it plateaus or bankrupts. Routing is especially important because many industries and manufacturing plants do not give trucks the opportunity to carry a backhaul which results in deadheading for long distances. Each truck is given a series of tasks in its corresponding schedule. The schedule will show how many trucks are operating in the freight lane and total income/expenses.

As the years progress, newer makes of trucks become available and older modes of transport start to become obsolete. For example, two brands of semi-truck available in the game include Meck and Northern Star which could be an offshoot of Mack and Western Star. There is not much customization in terms of vehicle specifications as most of the trucks are factory standard. Each type of truck can carry only certain types of loads, so the player must take this into consideration when purchasing and assigning vehicles.

To setup up a route for the shipment and delivery of loads, the construction of a terminal is required. Roads are also needed to transport the goods. A variety of roads are available with different costs of construction that also influence maximum allowed speed limits. For example, a Meck truck can travel at 62MPH on a speedway road whereas it can only travel at 34MPH on a gravel road. 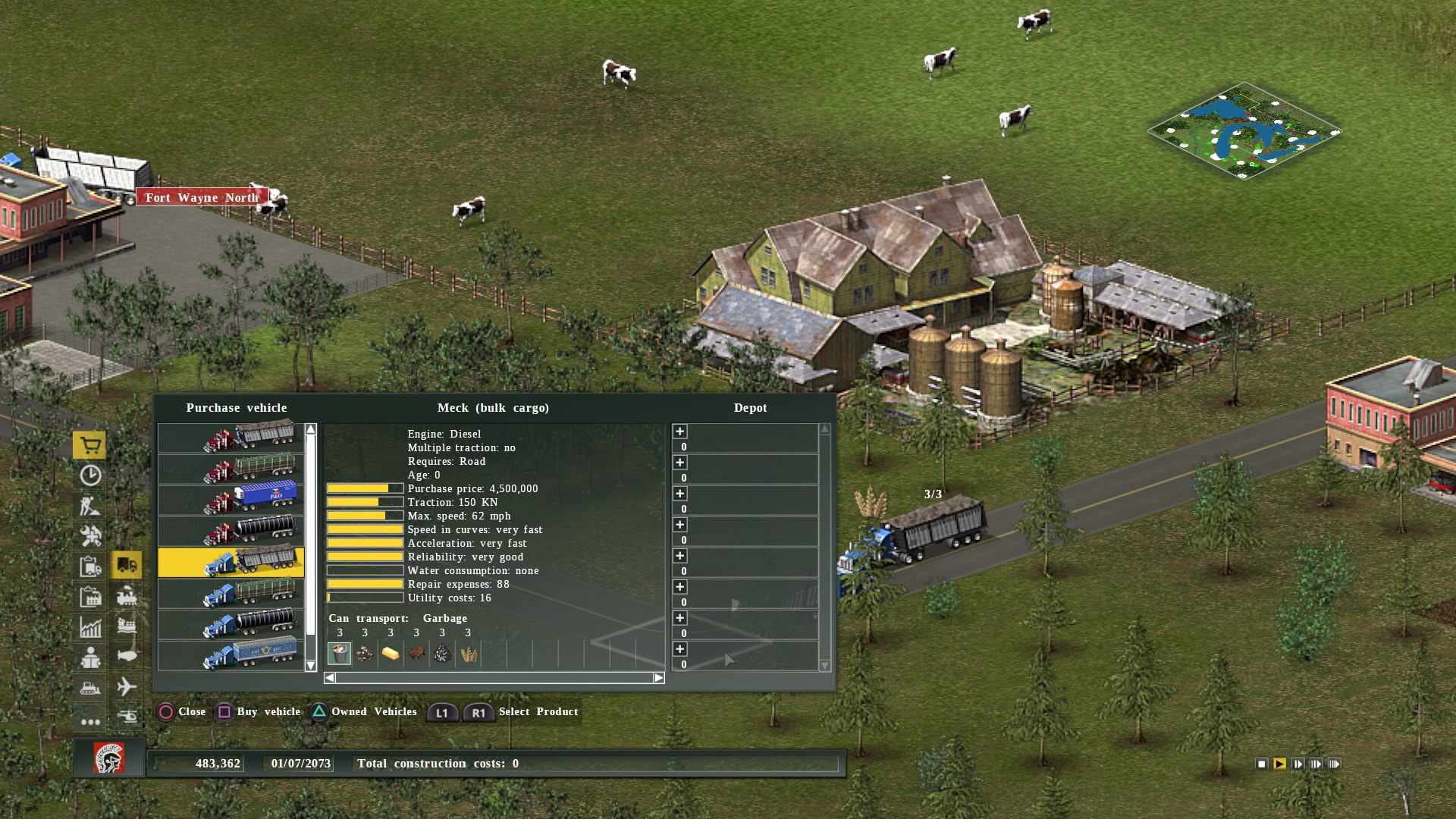 It is not possible to delivery products directly to the manufacturers; a terminal is required. Terminals are equipped with loading ramps. Options to expand the terminals are many with the ability to create vehicle maintenance repair garages and storehouses. Storehouses are especially helpful in operations that involve the movement of seasonal freight such as corn for which harvesting begins in October. Storehouses ensure there is enough loads available for each truck during the off-season.

Furthermore, terminals have fixed utility costs and adding extra features adds to the total monthly expenses. Where a terminal is positioned to be built influences how long a road will need to be, and the length of the road influences mileage trucks must cover to deliver freight, and longer routes means longer delivery times, and in turn reduced revenue. As you can get an idea that Transport Giant is a strategy game that puts an emphasis on the player’s ability to efficiently create logistics processes to succeed.

Moreover, buildings and roads can be demolished but only those which are owned by you. A variety of bridges are available to move goods over bodies of water. However, there is a limit to the length a bridge can be depending on the type of bridge it is. For example, steel bridges are permitted to be longer than wooden bridges. Bridges are very costly to build in the game and often it is wiser to find an alternate route to deploy a road if possible.

The number of competing businesses can be selected prior to beginning the game with the option to select between 0-3 competitors. Competitors have the choice of which mode of transport the wish to use for their company and they may use truck, rail, or air transport. Most of the competitors you’ll encounter in the game will start with a truck operation and progress to rail and then to airplane.

Balance sheets and profit/loss statements of competing businesses are available to benchmark your success or failure with your rivals. Government subsidies are present in the game but are dependent on the demands and state of the economy. 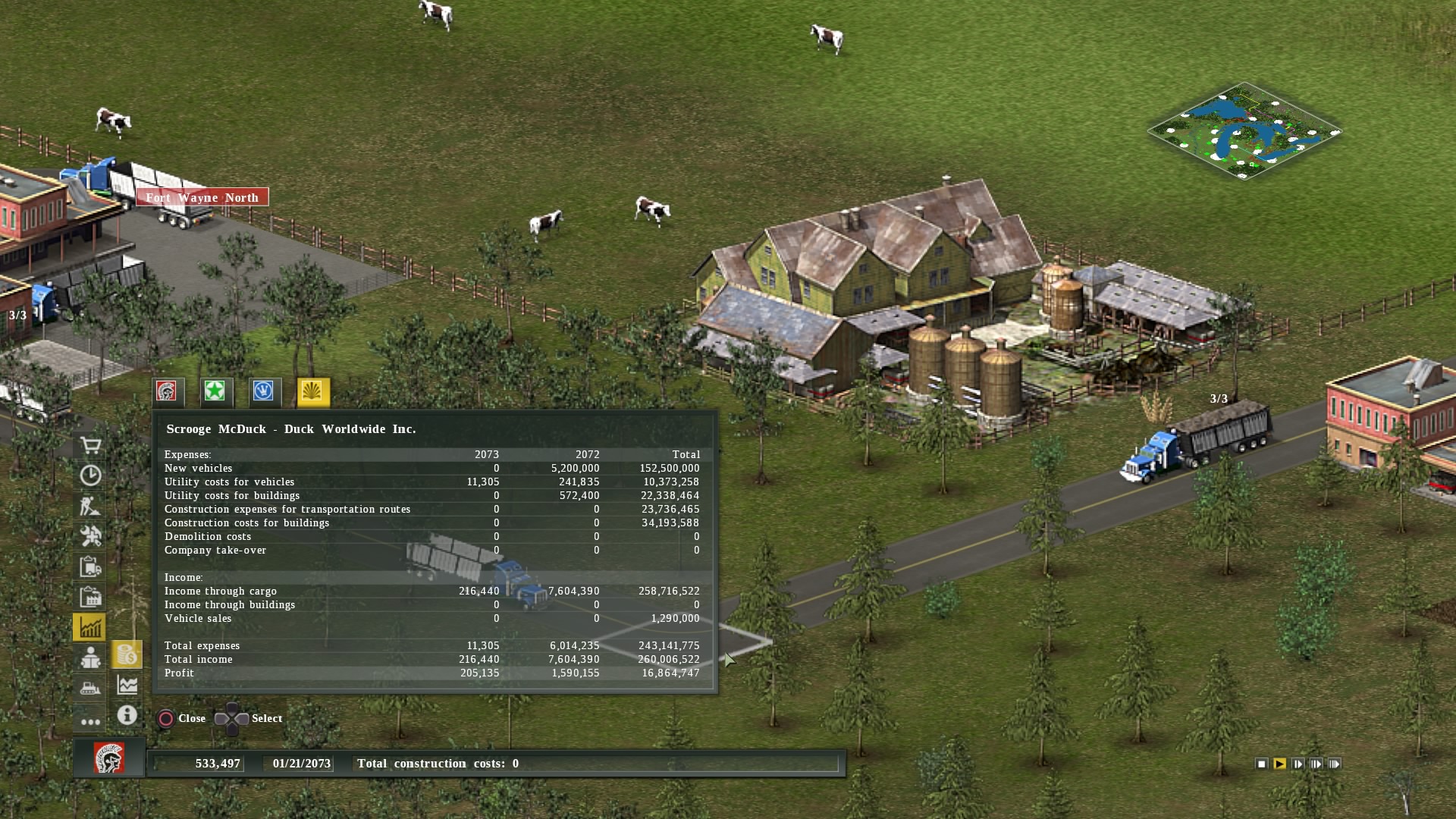 Players decide where to position their terminals and what goods to move by understanding the demands of a manufacturing plant or the residents of a city. It is not uncommon to see factories close due to their inability to have their goods transported. Additionally, goods and commodities are not the only thing that can be transported. You may encounter freight train companies who maximize their revenues by also operating passenger transport via rail.

If you are looking for strategy truck games for ps4 or wish play the management aspect like the one found in American Truck Simulator, then Transport Giant is a suitable selection.